Roots Blower is a kind of volumetric blower whose air capacity and revolution have formed a proportion. Each rotation of the three-lobe type blower needs three times of air suction & discharge of two-lobes.Compared to the two-lobe type blowers, three-lobe blowers have the characteristics of low air pulstation changes, low burthen changes, high mechanical intensity, low noise as well as the low liberation.
it has two lobes on the two parallel bearings. There are smanll tiny spaces between lobes, elliptic casing as well as each lobe. The lobes’ uniform speed rotation at opposite directions makes the certain quantity air circled by casing and lobes transported from the suction side to the discharge side. 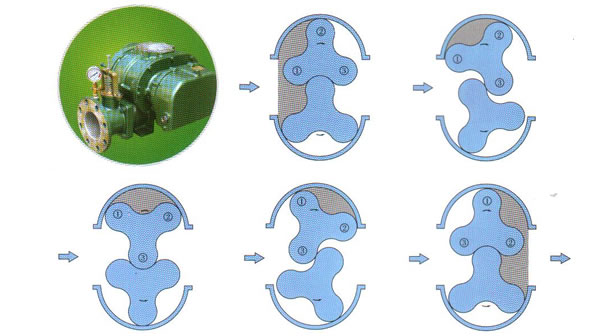 The conventional roots type rotary blowers, eigther two-lobe or three-lobe, have the same compression mechanism that the compression occurs upon reverse-flowing of high pressure air in stanty when the rotor end is opened in line with the discharge opening. Such reverse flow and rapid chane in the compression as involved in the above compression is the cause of noise.
The helical construction of these blower is designed to eliminate such noise, Whose features will be described as follows. 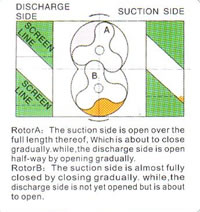 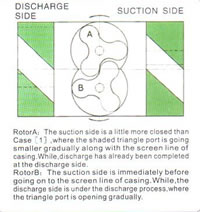 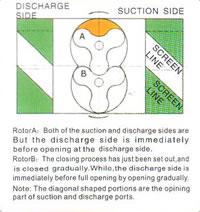